From Gracie to Guggenheim

Trip Over to New York

Having seen Gracie Mansion from our cruise around Manhattan Island, it looked like it was definitely worth a visit. I looked it up online and called the number to book for the 1pm tour that day. Unable to get through, I left a message, but as the answering machine told me to expect a call back within a few days (by then I would be back in Sydney), the decision was made to head on up to Gracie Mansion and see if we could join the tour.

We headed out, jumping on to the #6 train from 28th Street to 86th Street, then walked a few blocks east down to the river. Gracie Mansion sits majestically looking over the East River in the top end of Carl Schurz Park on East End Ave at the end of 88th Street. Home to the New York City Mayor, should he choose to live there. Fortunately for us, Mayor Bloomberg chose not to, so it was more accessible to visitors. It is open, less often, for tours when a mayor is in residence, which is understandable – having tour groups coming through your private home would be a nightmare!

Gracie Mansion from the River 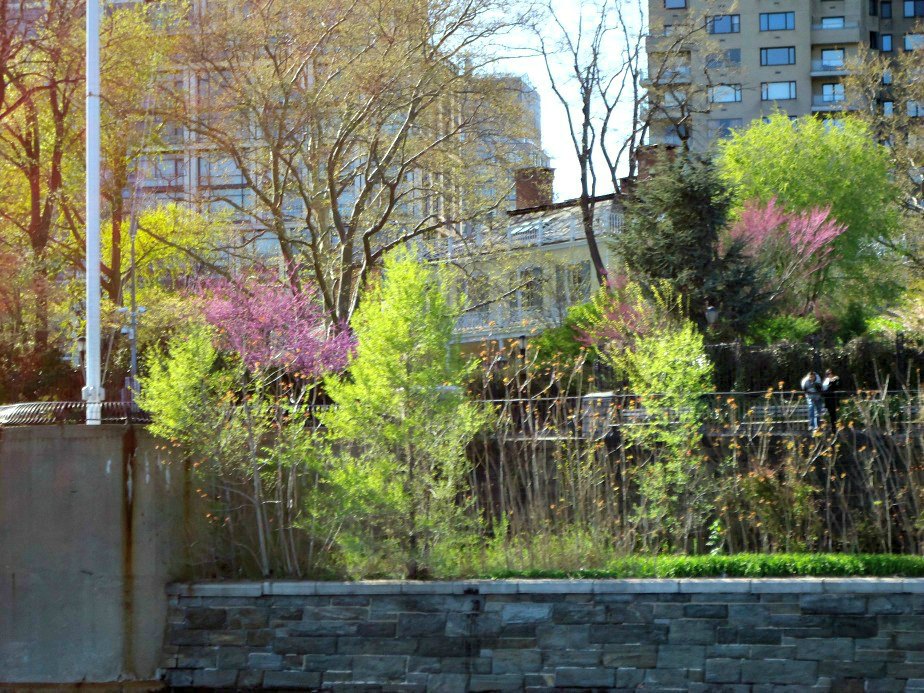 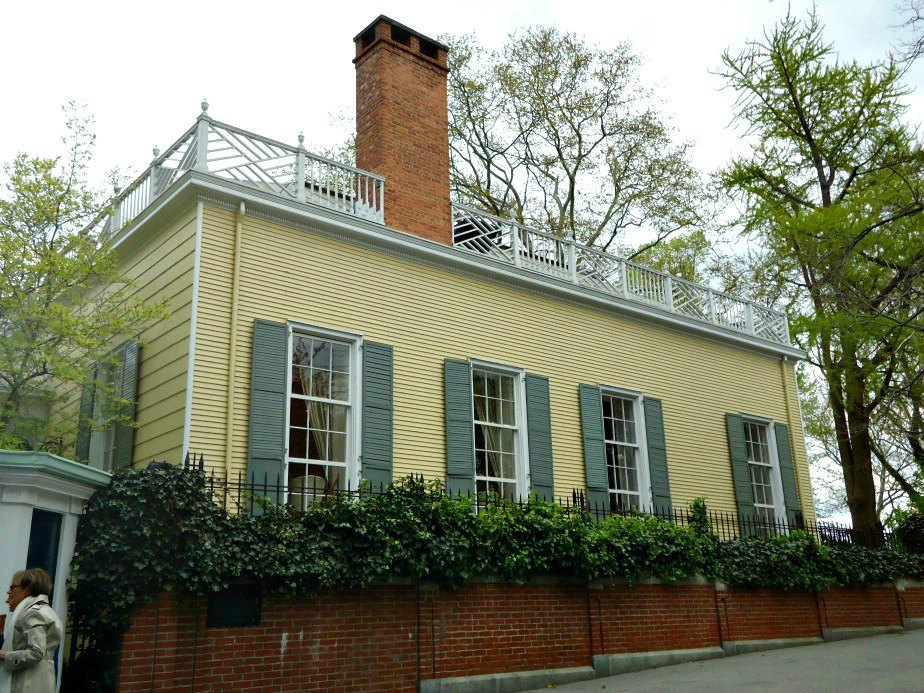 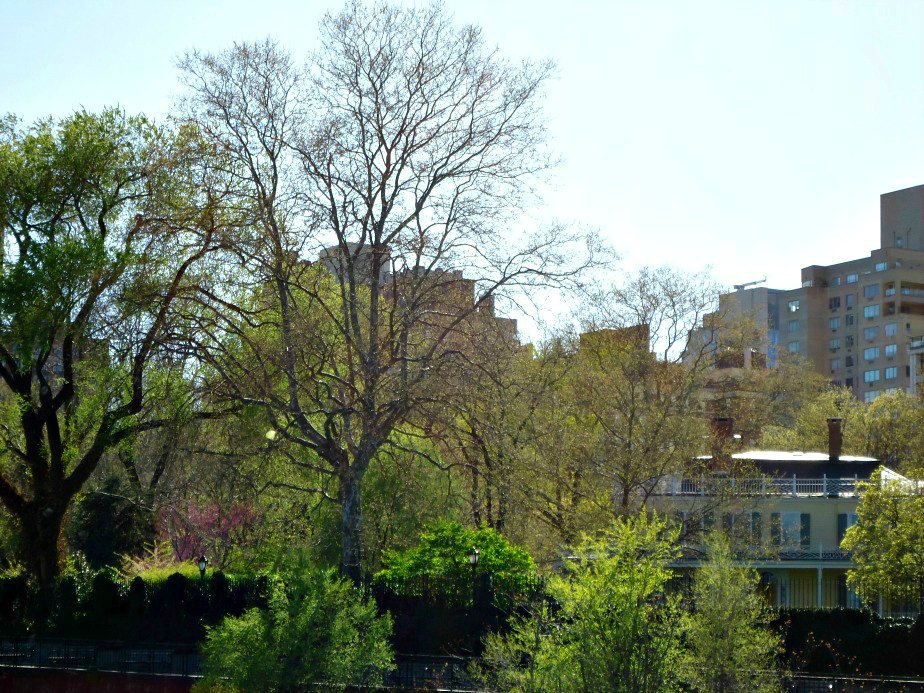 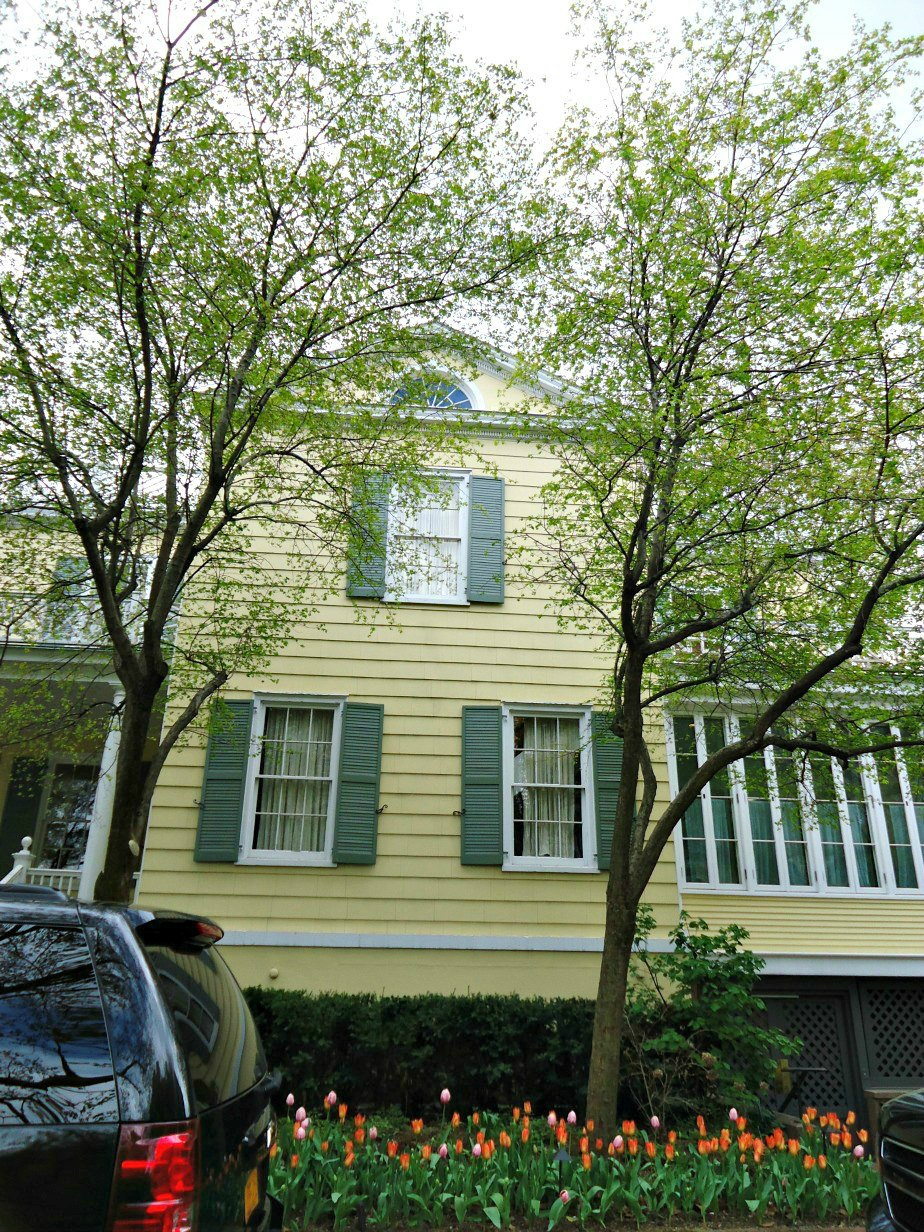 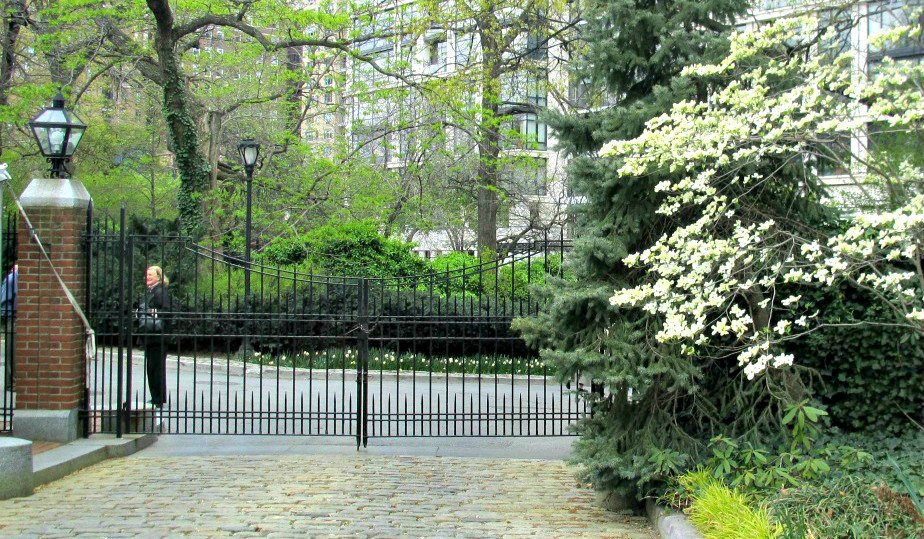 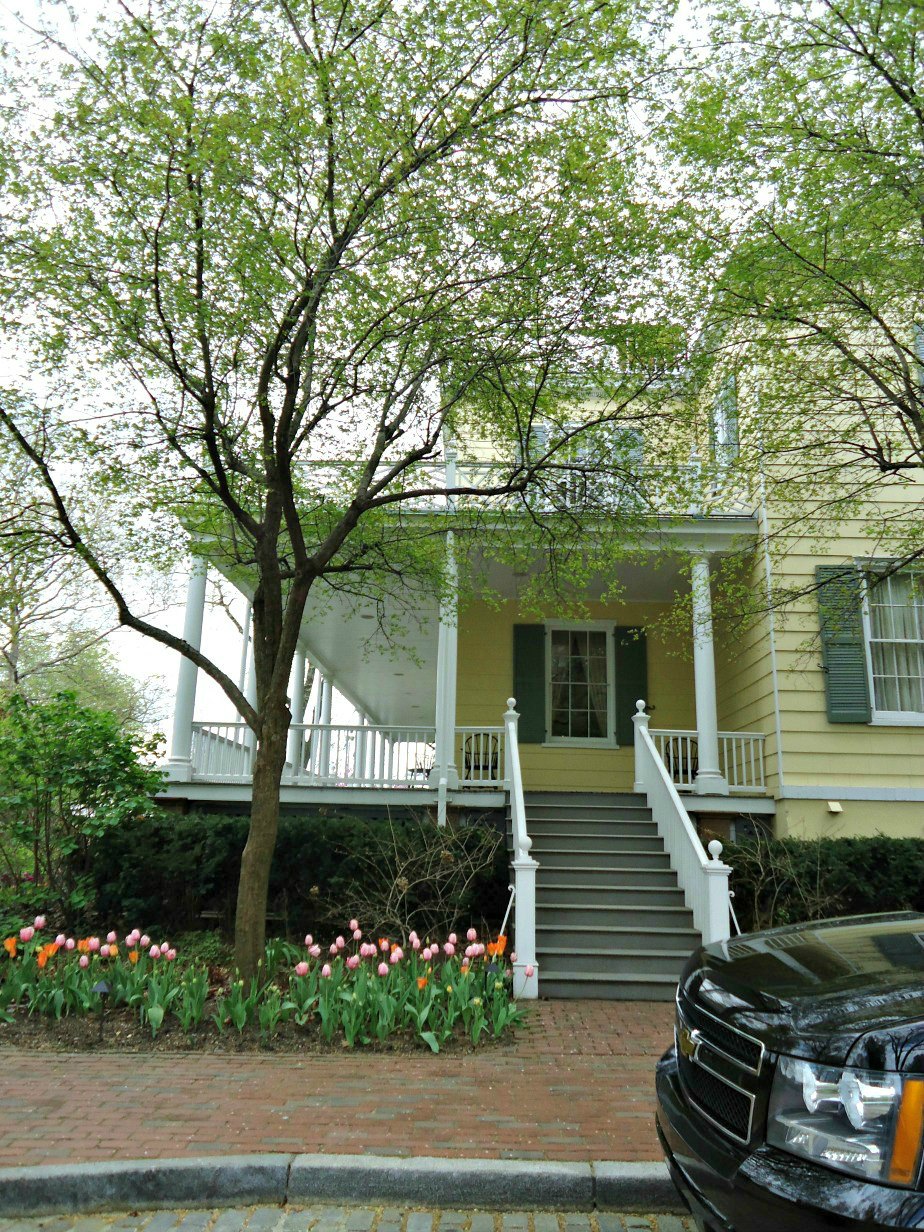 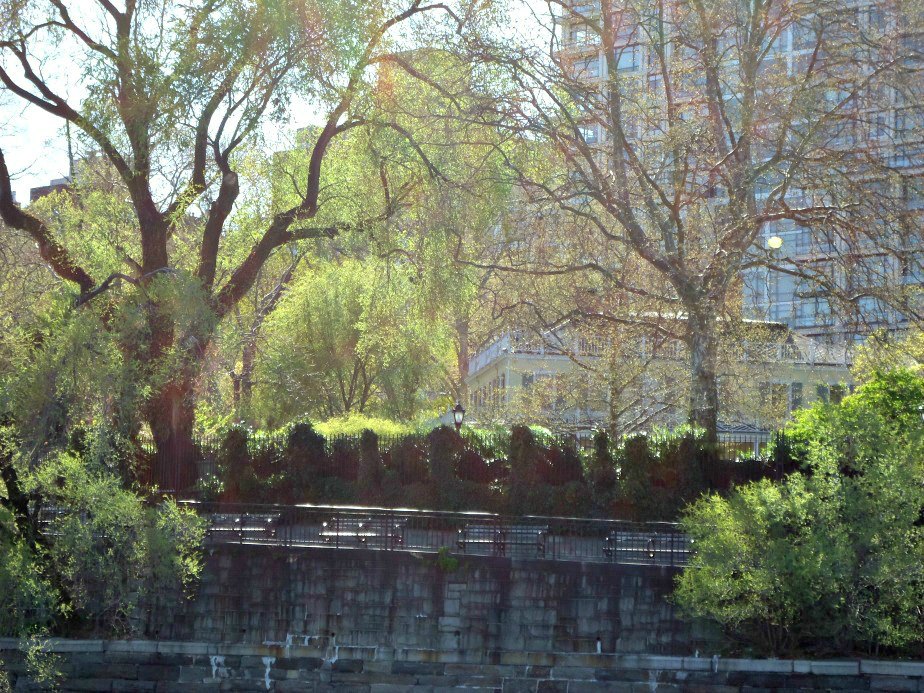 We arrived at the gates at around 12.45pm, where we met a lady who was checking off names of the people who had pre-booked. I explained that I had tried to book but couldn’t get through, I was tut-tutted at and told I should have called to book well in advance. After apologising for my tardy behaviour, we were sent up the back to stand with 3 others who had failed to book in advance. A lady in that group told me they had been standing up in the ‘naughty line’ for 10 minutes waiting to find out if their unruly behavior could be overlooked and they would be allowed in. There we all stood giggling like naughty school children waiting to discover our fate. The ‘good kids’ at the front were all ushered in through the gates while we were left outside not sure if that was it, or we would be allowed in, then the security guard came and said they had decided to let us in…………..we must have been forgiven. Phew!!

The tour was very interesting, lovely house (with creaking floors, a bit of joist work required), beautiful views out on to the gardens and the river, looking straight out at RFK and Hell Gate Bridges (Hell Gate Bridge is the one like a tiny Sydney Harbour Bridge). No photos were allowed to be taken inside, only in the gardens. 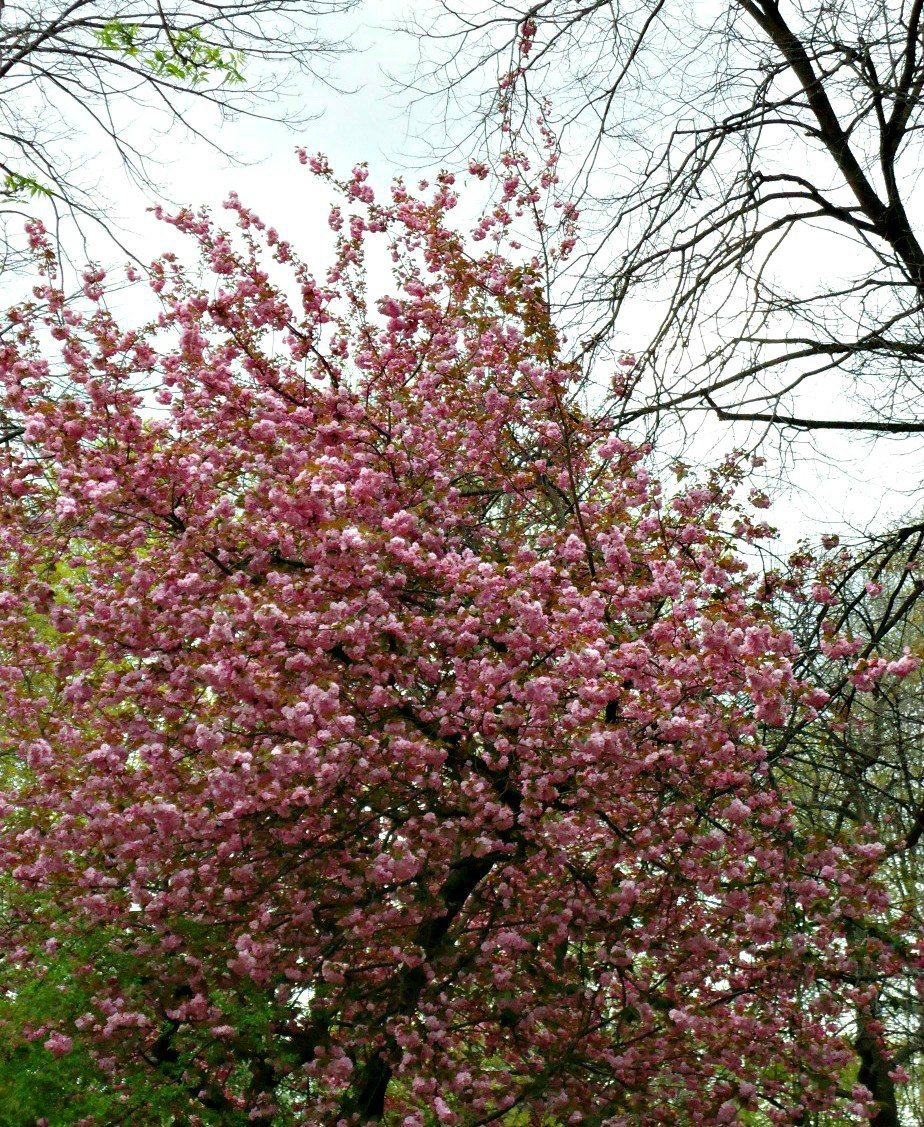 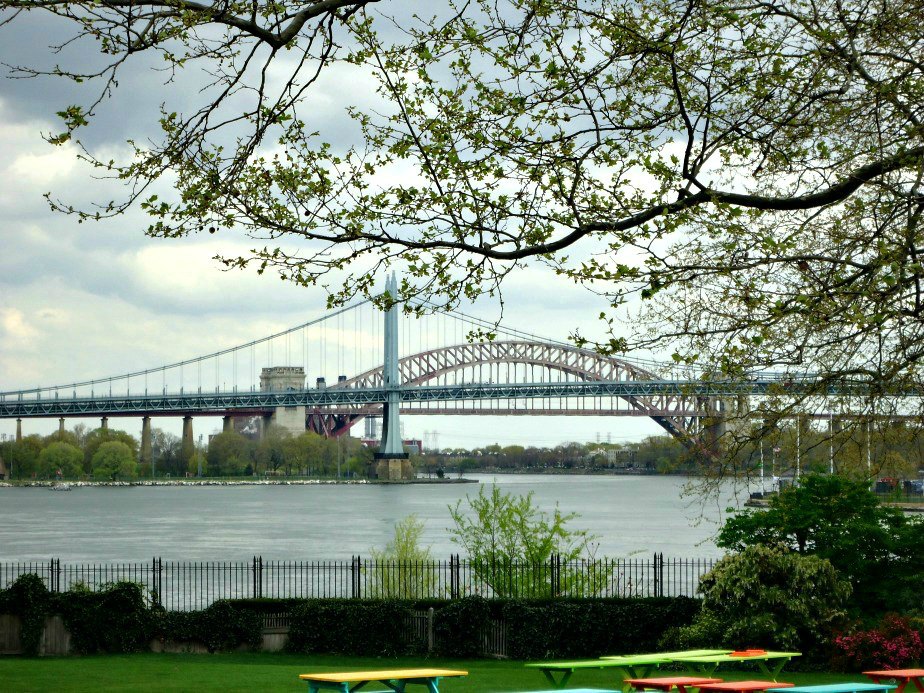 After the visit to Gracie Mansion was over we walked up East 88th Street, past the Church of the Holy Trinity to 5th Avenue to the Guggenheim Museum, first we went into the uninspiring looking restaurant for a late lunch, the menu looked good and we had high hopes after eating in some really great museum restaurants during our stay in New York. We should have realised there were problems when the couple on the next table were looking very glum, he had nearly finished his meal, she hadn’t yet been served. We saw another couple leaving having a heated discussion about the bill with the waiter. We ordered cocktails to drink while we read the menu. The cocktails still hadn’t arrived by the time we placed our order, then our soup was served, a fairly bland cauliflower soup with a sort of floating thing in it, still no cocktails and the couple on the next table had given up on her ever receiving her meal and walked out. Now there was only us and one other table of customers still there. Eventually we got our cocktails after asking many times, and every time the kitchen door opened the arguing and yelling in the kitchen could clearly be heard – it was like being in a TV drama.

I asked how much longer it would be before our main meals were served, the waiter disappeared back into the kitchen, lots more shouting could be heard. Eventually the waiter came out and plonked some plates in front of us, Christine got the meal she asked for, I didn’t.

I had ordered chicken that came with all sorts of vegetables, what I got was a pile of green spaghetti with 6 prawns dotted around the edge of the plate. I explained that wasn’t what I ordered and was told they had no chicken left so the chef cooked me that! I asked if I could see the menu so I could order something else (I suspect this is what happened to the couple next to us). Every time I said what I would like, they didn’t have it, I said I would keep the prawn thing and he offered to give us 10% off the bill – big mistake, the prawns were tasteless, the pasta was horrible, when he came back to see if everything was OK I told him it was disgusting, he said he would give us a free round of drinks. I thought that meant we wouldn’t have to pay for the cocktails we had already, but he brought more and said we would get a 10% discount on my meal only. I told him that I wasn’t prepared to pay for something I didn’t order that tasted so bad, now we were not only angry, we had too much to drink, those cocktails were strong. We asked for the bill, only paid for our soup and left. I told the lady at the entrance to the museum how bad it was, as she recommended it over the 3rd floor café. She was horrified.

Church of the Holy Trinity

Soup at the Guggenheim!

Book a tour on your Trip Over to New York

Itinerary for Trip Over to New York

Flew from Sydney to New York on Qantas via LA.

Arranged to be picked up at JFK Airport with Viator for the drive into Chelsea, also used for the return trip.

Stayed for a month in magnificent artists loft in Chelsea, found on VRBO.

Bought a one month travel ticket for the NYC Subway.